VIRGINIA, created by a small handful of devs at Variable State, is a short, two hour, interactive film. With little to no ability to actually control the game most of the time, it’s about the furthest we have seen the bridge between video games and film tilt towards the latter side, yet it does little help guide the narrative or tone, and in places, actually works to its detriment.

The plot of Virginia takes place in 1992, with you playing FBI agent Anne Tarver alongside agent Maria Halperin, looking for a missing young boy. During its run over the course of a week or so, it liberally uses filmlike framing and editing to keep the player invested in the story, but this setup more often than not works against it. The problem is that we often don’t get to control Anne beyond a small frame to move the camera around, because our first instinct when we do is to explore the environment. Look behind us, check the corners of the rooms, explore every square inch before continuing on for tidbits of extra context to the plot. Yet almost every single time, all that’s waiting for the player who excitedly searches for more to learn about this world is a blank, desolate wall, and a now broken pace. At times, we can even miss plot points because we were in one of the few moments where we could actually move around in a full 3D space.

Virginia so desperately needs to played a specific way to be enjoyed completely, and that’s full steam ahead, no matter what. The further we get into the game and stop checking behind us, the quicker the game cuts, the less the music obviously loops.

While I can respect what Virginia is trying to do on some level as a filmmaker myself, it goes much too far in the direction of film that I wondered what I got from actively playing the game at all. The little bits of interactivity come down to a single button press, leaving me feeling like little more than a remote control consistently pressing play because the film wants to make sure I’m paying enough attention. 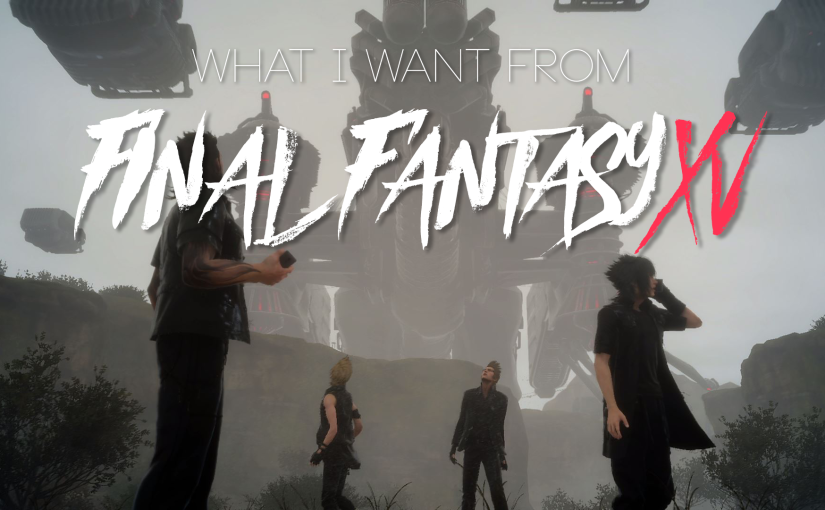 Author’s Note: I’m well aware that this particular topic has been talked to death at this point, but I think it’s endlessly important to reiterate since it continues to be a quiet but very painful problem in a modern male’s adult life.

I remember the afternoon I was seeing off my old friend Keegan, after he spent the previous night playing video games and watching anime with me. I must have been around 11 or 12 and, without giving any thought to it, I hugged him goodbye. Not some kind of nonchalant side hug, but a real loving one, because he was my best friend and I really cherished him and his friendship. Afterwards my mother took me aside and told me that she thought that was really strange, and that maybe I made Keegan or his mother uncomfortable because of that. While the memory receded quickly, it internally fucked me emotionally up for years.

END_OF_DOCUMENT_TOKEN_TO_BE_REPLACED

Season 4 was probably the first time I had a handle of things throughout the post-production process. Editing was really smooth and videos were posted regularly with only one mishap. Recording on the other hand was kind a nightmare.

END_OF_DOCUMENT_TOKEN_TO_BE_REPLACED

Starting with my first quarter at the Art Institute of Atlanta, my routines changed a lot last year. I began to work a bit on film projects before and after class. My commute became extremely long compared to my job (which I quit soon thereafter). My number of articles faltered even more than before even as Interactive Friction went on hiatus. But even so, I did get to play some video games.

Upon the completion of writing this I noticed that a lot of the big budget titles failed to impress me, even when they were good, but most of the side projects felt like they had a lot of heart put into them. There may be as many disappointing games on here as favorites, but that’s more because I didn’t have enough time to play everything I wanted to (especially in the ever growing indie-scene). To put it simply: don’t let my list deceive you. This was a fantastic year for games.

END_OF_DOCUMENT_TOKEN_TO_BE_REPLACED

It’s a little hard for me to believe that not only did I complete a video series, but that I’ve done so three times now without giving out. Truth be told, it’s quite an incredible feeling to look back at a piece that you’ve worked on for so long finally be finished. While I can’t say the content is wholly my own as I don’t own any of these IPs or Brandon Carey, I still poured more hours of labor into this than I ever imagined I would.

END_OF_DOCUMENT_TOKEN_TO_BE_REPLACED

Part 1 can be read here.

The Yakuza games have mostly been known for their long “cinematic” cutscenes filled with loads of exposition interspersed with furious fights. This isn’t to say the gameplay is terrible (it’s decent), but it stands apart from the quality of the non-interactive pieces. Most of this is due to the great direction, but what really keep the games interesting is the long list of completely ridiculous characters and expertly timed cinematic moments, both funny and serious. While there were some problems with the first game’s plot, I still came away with a positive experience because of that. People like Majima Goro are just that unforgettable.

Two years after the release of the game it’s based of off, Takashi Miike (mostly known in America for his grossly disturbing and yet darkly humorous films) took at stab at directing a film based on the first game. It would be titled Yakuza.

END_OF_DOCUMENT_TOKEN_TO_BE_REPLACED

It’s more rare than it should be for a series that’s not an RPG to make it all the way from Japan to North America, and in that sense I’m really glad that at least most of the Yakuza games crossed over. It means that more of us will get to experience the fascinatingly heavy roots in its native culture instead of merely hearing about it in easily forgotten forum threads.

I may have taken a few too many years to get around to beginning the series myself but I’m glad that I finally did. It has a number of critical gameplay flaws that try to bring it down, but the world it brings the player into more than makes up for it.

The story of Yakuza 1 hits the ground running as protagonist Kazuma’s friend and fellow Yakuza member Nishiki shoots their boss Sohei Dojima to stop the sexual assault of their friend and mutual love interest Yumi. With the police only moments away Kazuma takes the blame to protect Nishiki, going to prison for a long 10 years to pay for it.

It’s around Christmas in 2005 once Kazuma is released, and not even a single night can pass before things get complicated.

END_OF_DOCUMENT_TOKEN_TO_BE_REPLACED

Last night around 4AM I knew I had to go to bed to get up in four short hours, but before I stepped away from my computer I decided to finally try something my friends have recommended and spoken about constantly.

I decided to try a Twine game for the first time.

END_OF_DOCUMENT_TOKEN_TO_BE_REPLACED

Getting “stuck” in Dark Souls was a common occurrence for me, but that was never truly the end. Whenever I died and respawned at my cozy little bonfire, there were always at least five Estus Flasks waiting for me, and I knew that I had a fighting chance. Dark Souls was always willing to give you a little boost when you needed it most.

The Blood Vials in Bloodborne function much closer to Demon Souls’ grass than Dark Souls’ Estus. Quick shots of health that don’t regenerate upon death, which means more have to either be bought or taken off of dead enemies. While there are usually plenty of vials if you’re consistently making forward progress, this system really falls apart once you get stuck on a boss or particular area.

Say you get stuck on a boss. In Dark Souls a restart would mean a refill of all your Estus flasks and a run back to the boss that might cause you to use one or two. In Bloodborne repeat deaths means a permanent loss of Blood Vials and the same run back to the boss. So eventually I came to the point where I had to either grind out some enemies to get blood (read: souls/currency) to buy some Blood Vials, or I could reload the same area early on where I could kill two big guys who usually drop two vials each. This shatters the pace of throwing yourself against the boss repeatedly so quickly that you don’t want to give up, and makes failure more of a problem for the wrong reasons. Grinding enemies in Souls games is not fun for long, so the idea of doing that whenever I fail more than a few times in a row is slowly killing my motivation to keep going.

And you know what this system reminds me of? The grass in Demon’s Souls early on.

Rarely do games leave such an impact on us that we remember much of it weeks after playing to its conclusion. Even less often do they make us wonder about how fragile our mental state really is .

“Saya No Uta”, from the minds of developer Nitroplus and writer Gen Urobuchi, literally gave me nightmares after almost every session. I couldn’t shake the feeling that the game hated me for playing it, as if Fuminori and his friends would still be alive if not for my ceaseless curiosity. Despite that lingering thought I marched through the vicious narrative night after night and arrived at the only three possible narrative endings. None of them made me feel any better.