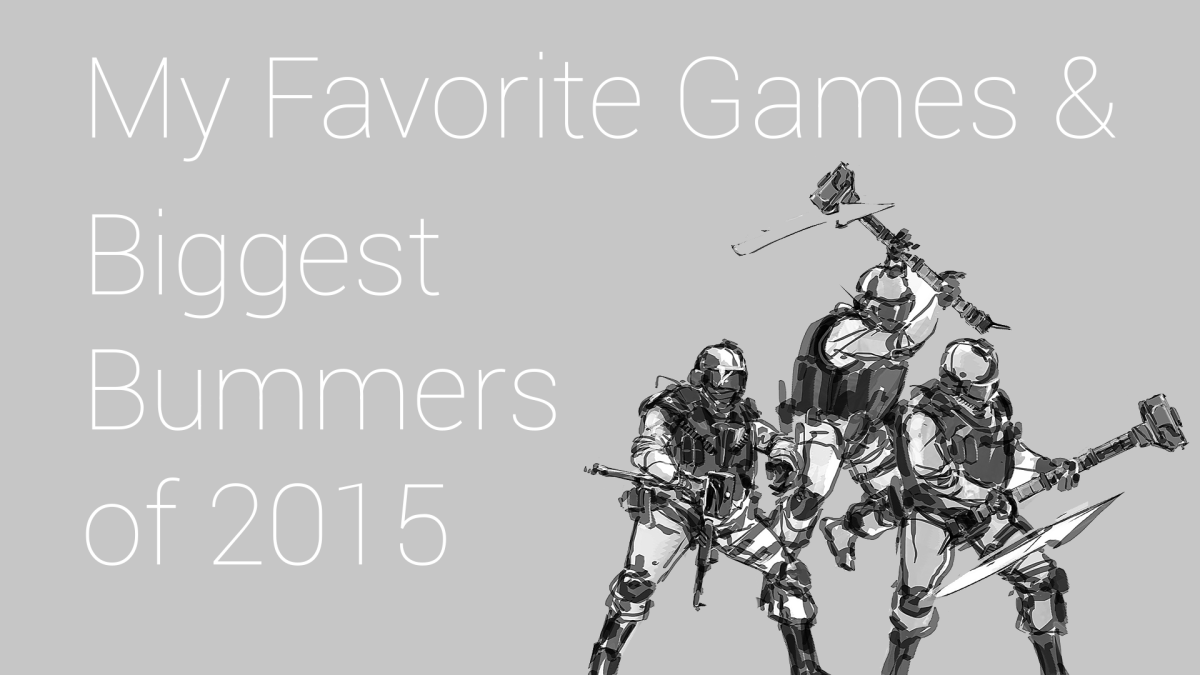 Starting with my first quarter at the Art Institute of Atlanta, my routines changed a lot last year. I began to work a bit on film projects before and after class. My commute became extremely long compared to my job (which I quit soon thereafter). My number of articles faltered even more than before even as Interactive Friction went on hiatus. But even so, I did get to play some video games.

Upon the completion of writing this I noticed that a lot of the big budget titles failed to impress me, even when they were good, but most of the side projects felt like they had a lot of heart put into them. There may be as many disappointing games on here as favorites, but that’s more because I didn’t have enough time to play everything I wanted to (especially in the ever growing indie-scene). To put it simply: don’t let my list deceive you. This was a fantastic year for games.

END_OF_DOCUMENT_TOKEN_TO_BE_REPLACED After a longer break than I expected, but still appreciated, Interactive Friction has returned. This time however I’m going to work harder to keep on schedule, and I’ve already completed the first step by editing all the footage prior to this trailer going up. Additionally season 5’s raw footage is already mostly recorded, and the audio for our new project is primed for editing. The latter of these should be what to expect next from Brandon and I.