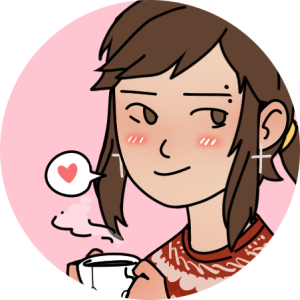 I don’t think I’m going to blow anyone’s mind when I say I think the 50 Shades Of Grey film was pretty awful. I saw it so I could figure out what all the interest was about and since I had virtually no expectations for the movie itself I didn’t come away disappointed. That being said I did find some aspects of it rather interesting.

First off though, the obvious bad parts. The acting in 50 Shades, and to a slighter lesser extent the writing, is abysmal. Aside from some key scenes where tensions get high and voices get loud most of it just about put me to sleep. The female actress playing Anastasia Steele suffers from the Twilight lead’s problem is speaking most of her lines much too softly in an attempt to sound vaguely sexual. The male playing Christian Grey speaks loudly enough for me to actually hear him clearly but never sounds like he’s trying. He always speaks with a really dull tone that, like Anastasia’s actress, sounds like it’s trying to come off as “cool”, or “professionally sexy”. It doesn’t work for either of them.

In fact there was one moment that I vividly remember where Grey was hitting on her and he said a line that literally made me laugh out loud in the theater.

“I’m going to fuck you into next week.”

It reminded me of something I’d read in a bad internet fan fiction.

As far as the backdrops and such I did notice a particular scene that caught my eye in which Anastasia is seated in her would-be bedroom (should she decide to stay with Grey) and she learns that many women before her have been here. In the background the wallpaper is a repeating image of a bird resting in a cage with the door wide open, and at first I thought that was some clever imagery.

At the very least it was more subtle that a scene earlier in which Anastasia is biting on a pencil that I didn’t think much of until my friend leaned over and said “It says Grey Industries on it.”

“Oh that’s clever,” I thought since the pencil was slightly out of focus and not the center of the shot. Then it cuts to a super tight shot of said pencil just to hammer in that very detail and make sure I couldn’t possibly miss it. Careful shots are not part of most Hollywood director’s repertoire.

Anyway while I initially thought the bird wallpaper worked much better the more I mulled it around as the movie went on the more muddy the metaphor got and the more it bothered me. My understanding is that the bird represents Anastasia, always able to leave but choosing the safety of the cage even with it’s confining nature. The problem is that while Grey is always keen to remind her that she can leave at any point, he doesn’t represent safety to her. Anastasia doesn’t need Grey in her life and she was in fact doing pretty fine emotionally without him. With the story being more about loving someone in spite of being emotionally and physically hurt by them the bird in the cage metaphor goes right out the window.

Edit: It’s possible that the cage simply represents bondage in its purest form, in which case the open door as the opportunity to leave the physical bondage and the relationship makes a good bit more sense.

The bigger topic at hand however is the way the films deals with, or rather doesn’t deal with, the concept of BDSM in a relationship. The only thing the film seems to do well is the idea of the non-disclosure agreement. People in today’s society still have a major problem with the idea of BDSM as a sexual interest. Some feel that way because it’s “weird”, and others because wanting to hurt someone or be hurt for sexual pleasure doesn’t sound like something a mentally well person would want. To that end it makes sense that Grey doesn’t want anyone to find out about it; his professional life would be all but destroyed. More interesting however is one of the final conversations in the movie in which Anastasia repeatedly presses about Grey why he’s so dead set on causing her pain for his pleasure. The first film alone doesn’t explain this in any real way and I think that works to its benefit. The intricacies of human sexuality are far more complex than most people understand so I don’t think there needs to be a specific qualifier for why he wants to do this to her. Sadly I do get the impression that it will boil down to “I was abused as a child so I want to hold control over someone else in my life.” or something to that effect, and that would really kill the fantastic possibility of an ambiguous narrative thread:

Grey being unable to please Anastasia’s endless torrent of questions because he himself doesn’t understand the phenomenon.

I didn’t really enjoy watching Fifty Shades of Grey, but while I thought before going in it would be for the bad acting or plot, it ended up being because of all the wasted potential. I wish the series would delve deeper into how an avid interest in BDSM related sex acts can ruin or just deeply change someone’s professional and personal life. I worry that the story will ultimately conclude in one of two ways though. Either Anastasia will learn to love the pain and stay with him or Grey will overcome his “problem” and no longer feel the need to engage in these acts. I don’t want another love story about someone changing part of their self for their lover. I want a deeper narrative about why humans would bother to take part in such intricate setups for pleasure and how it affects those around them. This is not that movie.

It’s just a love story with a slight raunchy twist, and adding just a little change to the same tired tale is getting more boring every year.